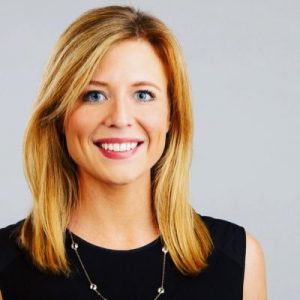 Molly Mita is senior publicist at ESPN, where she is responsible for developing the network’s communication strategies for all of the sports news brands. Since joining ESPN in 2016, Mita has generated publicity for some of the network’s biggest initiatives, including the launch of “SportsCenter” on Snapchat, “SC6” and the rebranding of both “Outside the Lines” and “E:60.” Prior to joining ESPN, Mita served as PR manager for Icona Resorts. Mita also worked at NBCUniversal’s Sprout Network, where she helped create the overall communication strategies during NBCUniversal’s acquisition and rebranding of the network in 2013. Before that, Mita worked in communications and digital media for the National Football League’s Detroit Lions, as well as for the Baltimore Ravens during their 2012 Super Bowl-winning season.