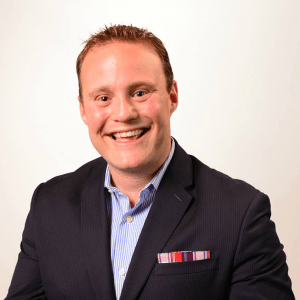 Ryan Panitz is flight service integrated communications manager at American Airlines. A television journalist by trade, his flightpath started as a publicist for the Walt Disney Company at Walt Disney World. Panitz then anchored morning shows and reported at CBS and NBC affiliates, winning multiple Associated Press and Edward R. Murrow awards before returning to strategic communications with the Special Olympics World and USA Games. Panitz landed at American Airlines four years ago, tasked with reinventing the way the team communicates with front-line team members during a time of major change management. Since then, his team has grown into a group of dynamic storytellers who use both traditional and nontraditional mediums to get crucial information to a remote workforce. Panitz still finds time to work on Major League Baseball and College Football live productions for Fox Sports and ESPN, including multiple MLB All-Star Games, the World Series and Big 12 Football Championships.