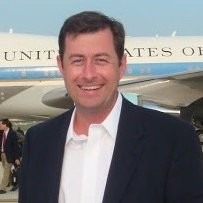 Terence Szuplat is the founder of Global Voices, a strategic communications and speechwriting consultancy. He previously served as the Deputy Director in the White House Speechwriting Office for President Barack Obama. He offers 25 years of experience providing leaders in government, business, NGOs, philanthropy and entertainment with strategic communications and speechwriting support to inspire audiences in the United States and around the world. One of President Barack Obama’s longest-serving speechwriters, from 2009 to 2017, he helped craft nearly 500 speeches on global security, international economics, U.S. foreign and defense policy, entrepreneurship, development and human rights.  As a special assistant to the President, and Senior Director of Speechwriting at the National Security Council staff, he joined President Obama on visits to more than 40 countries. While serving as the deputy director of the White House Speechwriting Office in the West Wing during President Obama’s second term, he helped oversee and edit the work of a team of speechwriters, assisted with State of the Union addresses, and produced innovative content to reach new audiences through social media.