There’s an old saying in public relations that “PR is not ER.” While technically accurate, communicators are being increasingly viewed by the C-suite as essential frontline messengers of critical, often life-saving information for employees, and as safeguards of corporate reputation.

Nobody sees this more than Tina McCorkindale, president and CEO of the Institute for Public Relations (IPR), which has been providing the industry with fresh research that captures the ever-changing attitudes and behaviors of employees, corporate leaders, the media and consumers as we enter each new phase of this pandemic. 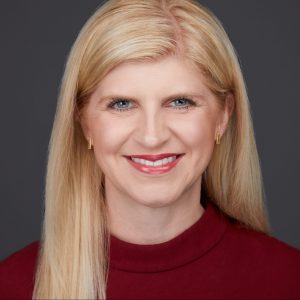 “This crisis really demonstrates how critically important communicators are to an organization,” says McCorkindale, who spoke to us in April from her home in Seattle.

With communicators now flooded with news, information and daily data dumps, IPR seeks to stand out from the pack with research and data-driven resources that shine a light both on what’s working—and  what’s not—in internal and external comms.

Some of the interesting findings from the research (from March and April 2020), much of which has been in partnership with PR firm Peppercomm, include:

“This is the first time on a global scale that something has impacted everyone in this world,” says McCorkindale.

And with an increased focus on internal communications, human resource and communication departments are working more closely together. Says McCorkindale: “All these functions are critical to the organization, so I’m hoping that the silos will break down.”

[RELATED: Join us for our Speechwriters & Public Affairs Virtual Conference]

The surveys point to the essential role of communicators on the crisis team and the tremendous opportunity that lies ahead for this role within an organization, even in areas typically not thought of as the communicator’s domain.

To wit: the planning of return-to-office strategies. “Communicators need to play a role in this effort and be there to help answer questions such as whether it’s safe to return, what do staged returns look like, how do teams collaborate, how do you hold a meeting in a conference room?  How do you get the right messaging to employees, so they hear and trust in the organization that it’s safe to go back?”

As noted in IPR’s research, one concern is that diversity and inclusion issues have been put on the backburner. This pandemic, says McCorkindale, is disproportionately affecting people of color and other diverse employees. “This is actually one of the best times to be thinking about [D&I] and working on initiatives. Organizations need to be creating ‘listening mechanisms’ for these impacted groups.”

Communicators who are working closely with their CEO on crisis management and how they interact with employees during this time period will see a positive effect. While IPR’s research shows that 25% of respondents say their CEO is “somewhat” or “less involved” in employee communications, the remaining 75% are very involved. It’s important for the other 25% to get on board.

“The CEO needs to ensure he or she demonstrates authentic leadership and reassures employees about their safety and what the company is doing,” says McCorkindale. “Trust is so critical—if they can’t do this in the worst time in history, then they won’t be effective during typical times either.”

Before the pandemic, McCorkindale would spend about 40% of her time on the road. Now that road is a video screen. She is quick to point out that she’s not always wearing comical pajama pants on the calls, though she has been spotted in them.

She’s been seen on video dressed up as Moira Rose, the loveable and overly dramatic matriarch from “Schitt’s Creek,” one of her favorite TV shows. Also sustaining her through the long days are cheese popcorn and craft beer (“Midnight Still” from local brewery Holy Mountain in her hometown of Seattle is her favorite).

Playfulness mixed with a clear mission to inform the industry are key drivers for McCorkindale during this challenging time. IPR has moved its weekly Research Letter to twice a week with a COVID-19 focus from a wide variety of areas and disciplines, including behavioral science and psychology. IPR also has a robust, data-driven COVID-19 resource center on its website that they are updating daily. And trusted data layered with context is what will inform the next stage for communicators.

For more insights on responding to a crisis, be sure to join Ragan’s Crisis Leadership Board.