Just as marketers were starting to feel comfortable with the current social media landscape, a fresh platform is on a meteoric rise.

As eMarketer recently put it. “Not since Snapchat has any app shown as much potential as TikTok to disrupt the existing social media world order.” In an in-depth profile of the app titled “How TikTok Is Rewriting the World” The New York Times was just as effusive, stating “TikTok will change the way your social media works—even if you’re avoiding it.”

What’s the big deal? What exactly is TikTok, and what’s driving its popularity? Is it truly transformative or just a fad?

Here’s what marketers need to know:

TikTok calls itself “the world’s leading destination for short-form mobile videos”—which is a good starting point for understanding the platform. The app enables users to create, share and react to videos that are up to 15 seconds long. The platform also allows people to thread videos together and to share longer videos imported into the app.

TikTok is similar to Snapchat and the Instagram/Facebook/WhatsApp stories format in that content is vertically oriented (since it’s mobile-first) and that augmented reality or visual filter layers can be added. Unlike the stories format, however, pieces don’t automatically disappear.

TikTok was originally launched in 2016 in China under the name “Douyin” (which is what it’s still called there), and started taking off in the

US after it merged with popular app Musica.ly in 2017. The Musica.ly connection is key to understanding the TikTok platform, since the app rose to popularity with users posting short lip-synch videos and offering a community of users tackling trending songs, having back-and-forth collaborations and creatively adding their own twists on pop classics.

Many of those same elements—music, community focus, trending challenges centered around hashtags and humor—are what members love about the current TikTok platform.

A platform on the rise

Determining the usage of TikTok is a bit difficult since numbers for the Chinese version of the app (Douyin) are unavailable. What’s clear is that even if you exclude China, the app is massively popular. According to Sensor Tower data, as cited by eMarketer, the app has been downloaded more than 1 billion times.

Sensor Tower estimates that there were 663 million downloads of TikTok in 2018, which means that it was downloaded more times last year than Instagram (444 million). 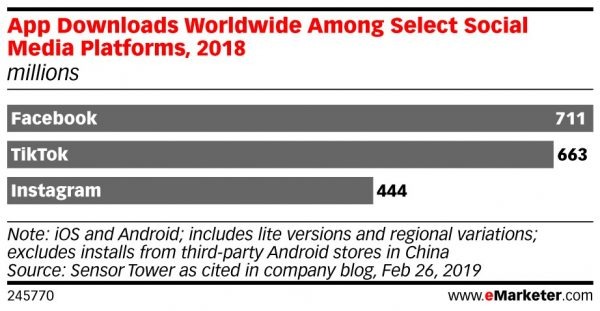 Users seem to love the app after they download it. According to Apptopia data, TikTok has more than 250 million active monthly users (again, excluding most Chinese users). This compares with around 298 million monthly active users for Snapchat.

TikTok parallels YouTube in that it has a low barrier to entry and is structured in a way that makes it very easy to move from one video to another. There’s no requirement to create an account to view content on the platform and transitioning from piece to piece, whether from multiple TikTokers or within the same account, simply requires swiping.

Popular hashtags on the platform come from a huge range of topics—from Bollywood and bachata to parkour and pets—and the fun, quick nature of the these is videos appeals to both specific audiences and the wider TikTok community.

According to Comscore Mobile Metrics data, as cited by eMarketer, social media users in the UK spend more time each month on TikTok than on any platform aside from Facebook. 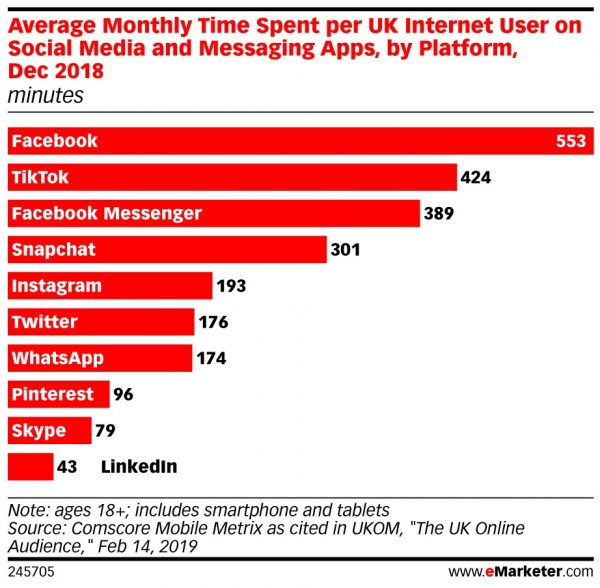 Is TikTok a fit for your organization?

Though the platform is massively popular, it hasn’t yet scaled its advertising offerings to match.

Units do appear, usually when a user opens the app. As Digiday reported, this pre-roll approach is still being refined and most current campaigns are related to pushing downloads (such as this Grubhub ad).

So far, brands have mostly engaged on TikTok by creating challenges, where users share content to engage in a contest (an example is the #InMyDenim effort launched by Guess last fall).

Is TikTok here to stay?

Right now, it’s unclear. It has a huge user base, a large roster of influencers and ever-growing interest from advertisers. Yet, it’s also starting to experience some serious growing pains.

In India, Google and Apple recently had to pull TikTok from their app stores after the country’s High Court ruled that it was exposing people to pornography and children to sexual predators. It turns out that some of the things that have fueled the app’s rapid rise—such a very young audience and little-to-no vetting for accounts—also pose risks for interested organizations.

On top of that, networks such as Instagram and YouTube have seen what’s working for TikTok and are adding elements from the app to their own platforms.

What’s clear is that the core format of the platform—mobile-focused, short-form video—is exactly what audiences want right now. 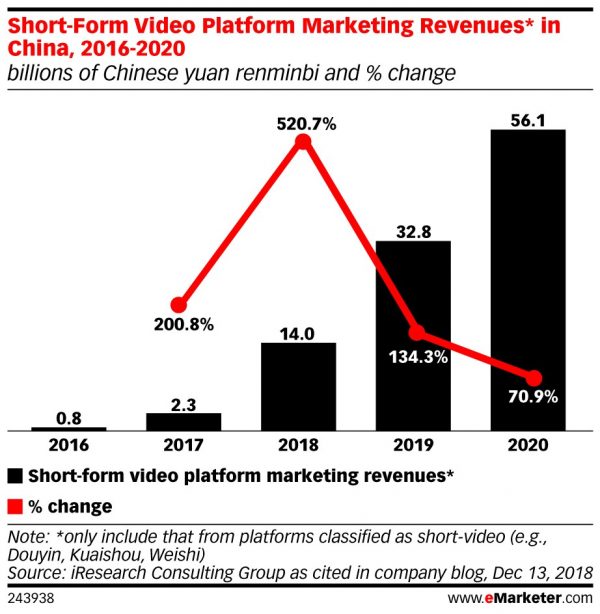 Michael Del Gigante is the founder of MDG Advertising, a full-service advertising agency. A version of this article originally appeared on the MDG blog.