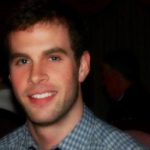 A free lesson from Harvard: Be careful what you post online; it could cost you an Ivy League education.

According to The Harvard Crimson, at least 10 Harvard-bound students recently had their admission offers revoked after posting racially charged and sexually explicit memes and messages in a private Facebook group.

Members of the Class of 2021 started a group “to share memes about pop culture.” However, this spawned a separate “dark” group in which students had to post offensive memes on the larger group’s page before being accepted into the private group, according to a member of the Class of 2021.

After finding out about the private group, the Admissions Office emailed students who had posted offending materials.

Employees in the Admissions Office emailed students who posted offensive memes in mid-April asking them to disclose every picture they sent over the group, according to one member of the chat whose admission offer was revoked.

About a week later, at least 10 members of the group received letters notifying them that their admission offers had been rescinded.