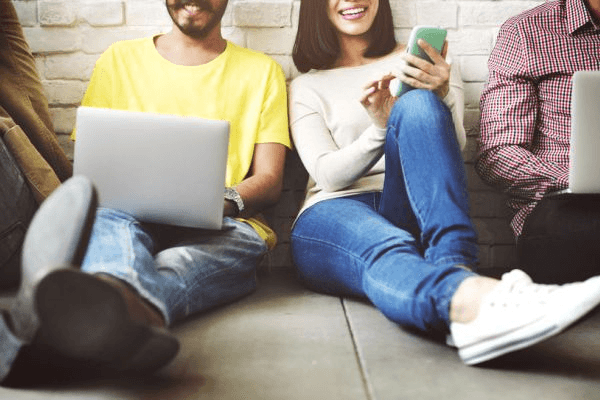 One of the best ways to grow your audience is by getting social media feedback.

It will give people the feeling that you’re imbedded in a community, and it will give you ideas for what you should talk about to keep your audience engaged.

So how do you get people to respond to your questions, ideas and queries? Here are five rules for getting more participation:

While you may well already be asking for feedback, what you might not have considered is how you should ask. PR pros and brand managers have this tendency on social media to ask people broadly. When you do that, the sociopsychological phenomenon of the diffusion of responsibility takes place.

The larger a group of people, the less responsible individuals in that group will feel for requests of assistance. This is why, when there is an accident, you’re more likely to get helped when there is only one person there rather than a big group. It’s also why you won’t get the participation you want if you ask everyone as a group.

To avoid this problem, all you need to do is direct your question at specific people, instead of at the audience in general.

People do what they see others do. Once people see that other people are starting to comment, they’re more likely to do so as well.

It’s also incredibly easy for social norms to work against you. If you make people feel that nobody is responding to your social media posts—perhaps by complaining about it—then you’re going to make them less likely to respond.

A better idea is to highlight the times you do get feedback. If you’re struggling to get some starter responses, create situations where people can’t be influenced by other people (i.e. private messages).

By advertising the feedback you’ve gotten and how you’ve used it, you will both give people the idea that others are commenting and the feedback that you receive is being used and implemented.

3. Use surveys to get specific.

If you want feedback about a specific problem, then surveys are definitely the way to go. You can create polls on most social media sites, or if you don’t want respondents to influence each other, you can also create questionnaires elsewhere.

Some things to consider when you’re making surveys:

This doesn’t mean payment; the two are entirely different. The moment you offer some kind of prize or reward, your feedback becomes work and people will not enjoy doing it. If, on the other hand, you get them to do it out of their own free will and then reward some of them afterwards with some surprise gifts, the incentive remains fun.

This will make respondents feel appreciated and will make them think more highly of you. In this way, they’ll be far more likely to help you to again in the future.

Whenever you do get feedback, make sure you respond to the person who sent you the message. This is particularly relevant if they comment on a social media post. Even better, don’t just let them know that you’re grateful, but ask them a question about what they said.

In commenting on your stuff, they’ve already showed that they’re not just watchers but engagers. By responding, you’re creating a conversation and keeping them hooked.

From there, they’ll be generally more likely to comment on things more in the future. Even better, they might even provoke others to engage with you more (see No. 2).

Pat is a contributing blogger and content strategist at Essay Supply. She has a long-term experience in writing articles based on blogging, marketing, SEO and education. A version of this article originally appeared on the Shift Communications blog.