Dustin Cranor saw the ocean for the first time when he was 20 years old. The experience so profoundly moved him, that he decided to dedicate himself to ocean conservation. Today he is the senior director of U.S. communications for Oceana, the world’s largest international advocacy organization devoted solely to ocean conservation. During his tenure, Cranor has helped Oceana increase its media coverage by an eye-popping 450 percent, expanding its reputation and influence. Cranor’s strategic communications work helped Oceana achieve numerous campaign successes, including establishing the first-ever seafood traceability requirements in the United States; convincing U.S.-based chlorine factories to eliminate mercury pollution from their operations; pressuring the World Trade Organization to end overfishing subsidies; and launching a new technology tool that provides the first global view of commercial fishing activity. 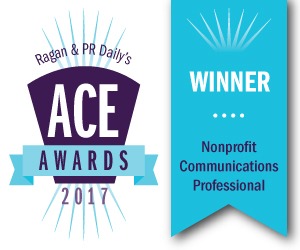