There’s nothing particularly sexy about International Paper’s relationship with NFWF. It involves serious planning, hard work and meaningful outcomes. Rather than do what many organizations do when establishing a partnership—throw money at the other organization—International Paper and the NFWF combined financial and technical resources under the name Forestland Stewards to restore forests, strengthen fish and wildlife populations and protect watersheds, while also promoting and supporting working forests in eight states across the southeastern United States.

The Forestland Stewards Steering Committee, made up of employees of both International Paper and NFWF, makes recommendations on proposals submitted to the group. In its second five-year agreement, International Paper has increased its donation to $10 million over the next five years to enhance the partnership’s ability to work with private landowners, government agencies and conservation groups to develop science-based conservation business plans and guide investments that produce meaningful conservation results.

Through its work, the partnership has connected more than 8,000 forest landowners and supported restoration, enhancement and protection of nearly 240,000 acres of forest habitat, exceeding its original goal by 20 percent.

Congratulations to the International Paper and NFWF team. 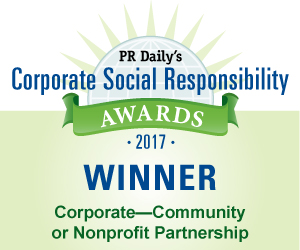