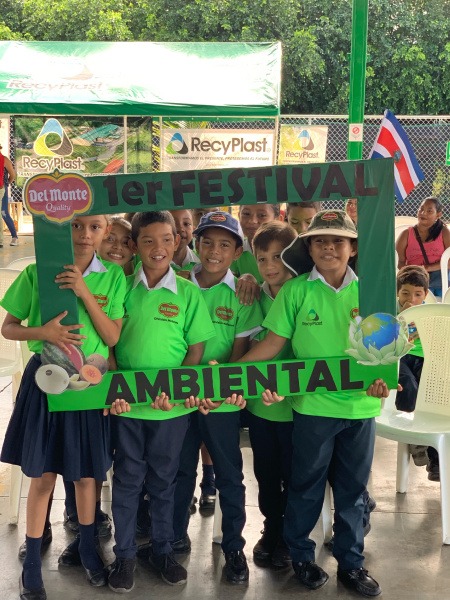 Forests are essential both in providing habitat to numerous species and in consuming human-produced carbon that is warming the earth. To offset the carbon emissions of harvesting its pineapple and banana crops in Costa Rica, Fresh Del Monte Produce owns and conserves 9,400 hectares of forest.

To maintain biological corridors along streams, rivers and creeks, Del Monte is expanding the effort by bringing in NGO partners to help in conservation and extending corridors. The company grows seedlings and donates native trees to local institutions, NGOs, ministries and landowners interested in reforestation.

Every year, Del Monte also hosts tree-planting programs to educate the community about the importance of the natural world and how to work together to plant trees that are native to the region. At a recent most recent event in November, 240 children from eight schools planted more than 1,000 native trees.

In 2019, Fresh Del Monte achieved its goal of carbon neutrality in its largest banana and pineapple operations, receiving an official certification of carbon neutrality by SCS Global Services. The organization emitted 7,300 metric tons of CO2 per year less than the forests absorb.