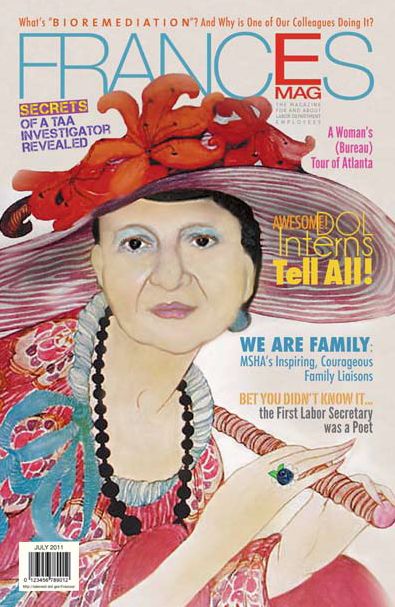 Enticing your readers to pick up your publication or click through from your homepage to a given article can be a perplexing task.

How much should you reveal about the content of the article? If it’s a list story, should you use the formulaic “Seven ways to …”? And how do you convey that a particular topic is a departure from your standard fare?

The editors and staff at Frances, the innovative e-magazine that the U.S. Department of Labor publishes for its employees—yes, innovative, and yes, it’s a government publication—did just that.

To attract readers to a story spotlighting first-person accounts of millennial interns working for the department, the creative team opted for a tabloid-style headline that featured Generation Y vernacular: “Awesome! DOL Interns Tell All!”

Augmenting the words themselves was the mixing of fonts for emphasis and visual interest. The team varied the look of the cover line on its four distinct magazine covers for July 2011.

The melding of the youthful patois with a familiar headline style in an unfamiliar setting earned that cover line top honors in Ragan’s Employee Communications Awards for 2011 in the combined print/online category. 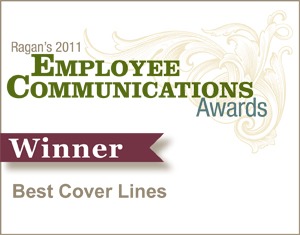