Children’s Hospital Colorado took a strategic approach to building engagement on its Facebook page. Such a strategy didn’t go unnoticed, as the hospital won Best Facebook Page in the 2011 Ragan Employee Communications Awards.

The strategy was simple and there was a clear understanding of the necessity to monitor and measure the program adequately. The hospital’s first goal was to create a committee to help determine objectives and set up processes to make it easier to assess effectiveness. This team devised a strategy and set goals to reach.

The hospital was able to reach its initial goal of posting more than once a week and growing its fan base to more than 4,000 people in two years. With the information gained during this time, it took a more aggressive approach to increasing engagement.

It knew that to further engagement on its Facebook page, it had to find out what kind of posts people wanted to see. The creation of an “engagement score” to assess how Children’s Colorado engages with its Facebook audience was especially impressive. This score took engagement—in the form of “likes,” comments, and sentiment—into account to gauge the audience’s perception of the page.

It was refreshing to see that the results of the engagement score directly affected what moderators chose to post. Catering to the page’s audience is one of the main goals for Children’s Colorado’s social media strategy.

Children’s Colorado also uses Facebook as a vehicle to share useful information regarding hospital growth initiatives, information on the hospital’s renaming and its national reputation. These three topics were deemed important by the community, as determined by the “engagement score.” It took note of high-scoring posts like awards the hospital won and promotion of a physician’s appearance on “The Oprah Winfrey Show.” Budget, input from various departments and the arrangement of weekly team meetings were also well thought out to support a thriving Facebook presence. 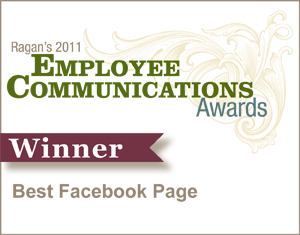