Starbucks has a long tradition of not only catering to its customers, but also to its employees. The coffee chain encourages employees, or “partners,” to be a strong voice at the company. To further involve partners, Starbucks took to social media to create its #tobeapartner campaign. The campaign influenced communications strategies, messaging, and tone/voice tactics—and snagged top honors for Best Use of Social Media in Ragan’s 2013 Employee Communications Awards.

Starbucks used its Starbucks Partners social media public profiles on Twitter, Facebook, and Instagram to build the campaign. The company created a video vignette #tobeapartner series of about 20 seconds each to capture shared experiences from its partners. Starbucks sought permission from partners to publicize stories on the company’s various social media accounts.

Social media campaigns don’t have to be complex to garner tangible, measurable results. As a result of the #tobeapartner campaign, Starbucks learned to:
• Communicate with more candor
• Strive for greater transparency
• Invite more conversation and dialogue

The company was able to create these benchmarks after analyzing the results of the campaign. By Dec. 3, 2013, 83,900 images on Instagram had been tagged with #tobeapartner. On Twitter, 40,000 tweets featured the popular hashtag. The video vignettes exceeded expectations: The third installment outperformed other posts on the Starbucks Partners Facebook page, accumulating a total engagement score of 3,500, with potential impressions exceeding 100,000 unique users.

The takeaway tip from the #tobeapartner campaign is simple: If you want to foster happy, proud, and enthusiastic employees, listen to them. Social media is a great place to start. 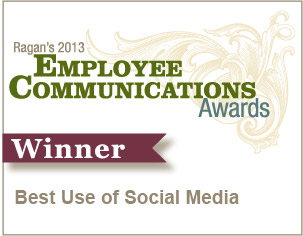