Moving is never fun. And not many people like change. Try throwing both those things at your employees simultaneously.

The “Case for Space” campaign was developed to address employees’ worries and concerns. Some of the campaign’s goals included:
• Ensuring employees understood the research and rationale for the move and open work space (to encourage collaboration by eliminating private offices).
• Setting expectations for working at the new site in an open environment.
• Enlisting management support for eliminating private offices.
• Keeping colleagues informed of move logistics and requirements.

An added challenge was to create a seamless move within an aggressive timeline. Employees moved in stages from July through September 2013. Here are some of the elements of the communications strategy:

“Welcome to Whippany” website. The BHC intranet was revamped to a centralized platform, uniting the intranets that previously existed and serving as the repository for all move-related information. This included photos, videos, and a continually updated employee Q&A.

Face-to-face meetings. Meetings were conducted for defined groups at each BHC site.

“Welcome to Whippany” employee toolkit. All employees received a kit detailing information about working in the new location. A volunteer Welcome Committee helped colleagues settle in on their first day, and a Hypercare team took care of on-site issues such as setting up headsets and adjusting chairs. These employee groups became “ambassadors.”

A follow-up survey about the move garnered a participation rate of more than 30 percent. Employees said that having most East Coast colleagues at one site created a unified culture, and they felt the new site increased their pride in working for Bayer.

In addition, publicity generated from the opening day included key messages of BHC’s vision, and dedication to science and innovation by local and regional news channels. The Times Square (New York) jumbotron carried the story. 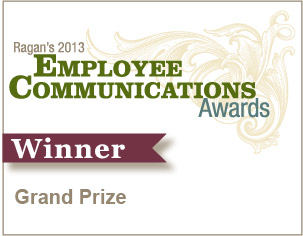