In previous years AHS had grown and diversified, coming to control five hospitals and four wellness centers in the Oakland area. Each hospital has its own personality and area of expertise, and AMF produced the 2013 AHS Annual Report to showcase these areas of strength.
Some highlights of the effort:

Congratulations to the AMF Media Group staff for producing this powerful argument for a hospital system on its way up! 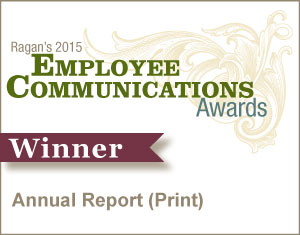