Communicators know they have done something special when they produce a video with the goal of attracting 5,000 views and wind up getting more than 510,000. Health First did that—and the organization has taken first place in the “Informational/Educational Video” category of Ragan’s 2016 Employee Communications Awards.

The video—aimed at Health First’s 2,100 nurses—was part of the annual “Integrated Delivery Network Month” to honor associates. For 2016, communicators decided to add a new dimension to the celebration to recognize nurses in particular. They were blessed with a letter Health First had received earlier in the year from the mother of a patient who had died at the organization’s Holmes Regional Medical Center from heart failure brought about by heroin addiction.

Kathy Taylor’s letter was a testament to the nurses who were at her son’s side as well as her own during the hospitalization. The video features the powerful, poetic words of Taylor’s letter and video compiled of photos of Health First nurses doing the vital and often unappreciated work of nursing.

The images, taken at all of Health First’s four hospitals, synchronize beautifully with the narration, delivered by a professional actress but read word for word from Taylor’s letter.

Produced by Three21Creative, the video has been shared nearly 24,000 times on Facebook (the team hoped for 500), nearly 95,000 times on YouTube and close to 79,000 times on medical blogs. It also attracted local media coverage. Mostly, though, “It’s a Nurse” tugs at heartstrings while elevating the work performed every day by nurses. 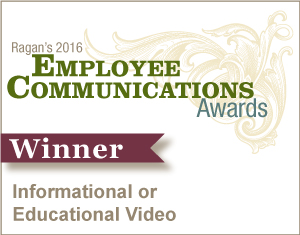