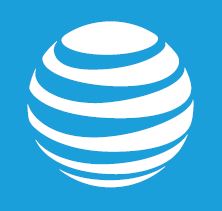 Employees are engaged in their organization when they feel they’re part of a community where people care about and help each others. That’s exactly what happened when a customer services technician at AT&T made a liver donation to save the life of his manager. The story of the donation has earned AT&T first place in the “Interview or Profile (Electronic)” category of Ragan’s 2016 Employee Communications Awards. Brian Burkett had been diagnosed with cirrhosis; a liver transplant was his final option for survival. None of his family members were a match, but a member of his staff, Mike Snyder, joined the transplant list and found he was a match. Deciding to go forward with the donation, Snyder went through a laborious process to meet the health criteria for the surgery—a process he willingly undertook to help his boss.  The article prepared for the company’s intranet, AT&T Insider, was undertaken while both employees were on medical leave waiting to return to work. In addition to a heartfelt story that heightened the sense of community among AT&T’s employees, photos from the hospital added a dimension of reality to the piece, which wound up being the most viewed “employee hero” story of the year, viewed 23,284 times by employees.  The story earned 635 likes and 85 comments.  Among the comments were many from other employees, both organ donors and recipients; other employees were inspired to register as donors.  But the story didn’t end there. By sharing it externally through employee ambassadors, another 24,000 people saw the story. It was also posted to the organization’s online newsroom, leading to coverage on ABC News, in People magazine, and on the TODAY Show.  Congratulations to writer Lauren Garner for an inspiring story.