Innovation@Follett is a collaborative idea site that joins a variety of other social updates to an intranet that was introduced in 1999, but had deteriorated into little more than a repository for documents. The relaunched intranet features videos, visuals, two-way dialogue and interactivity. As a result, Innovation@Follett has earned first place in the “Social Intranet” category of Ragan’s 2016 Employee Communications Awards.

Follett, an education-focused organization, launched Innovation@Follett as a way for employees to contribute ideas that others can upvote (Reddit style), comment on and share. Part of the motivation for launching the channel came from employee feedback that highlighted the importance of giving employees a voice.

Once the innovation portal was launched, employees began sharing their ideas. One idea was such a no-brainer that it was implemented immediately. Another resurfaced a years-old idea that had been shelved due to lack of support but was implemented when it became the single most upvoted idea on the portal.

Altogether, 460 ideas were submitted in the months following launch; hundreds of comments and thousands of votes bolstered those ideas. At Follett, the innovation portal is allowing employees to demonstrate what they can bring to the organization beyond the day-to-day job. Innovation@Follett is a shining example of what an intranet can do when an organization chooses to listen to employees as much as it speaks to them. 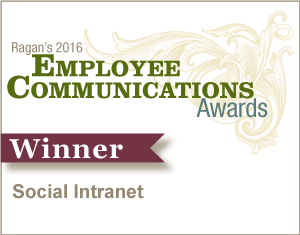