When it was introduced, the Macy’s M.A.G.I.C. selling program was popular and successful. Over the years, though, it lost its sheen. Employees saw it as a list of tasks that had little to do with magic. It was time for an upgrade, one that has won first place in the “Training or Orientation Video” category of Ragan’s 2018 Employee Communications Awards.

Associates are the stars of the video, shot in three locations (Ohio, New York and Miami). Each location serves as a defined segment of the video: The opening takes place first in Ohio, where employees hear about the experience from colleagues. In New York, they learn about the customer experience. Miami associates show how Make Brighter Moments helps Macy’s build community relationships.

The video complements other campaign elements; the entire platform was revealed at the company’s national leadership meeting, where the video was shared for the first time, with the employee stars explaining Make Brighter Moments to the leaders in the audience. 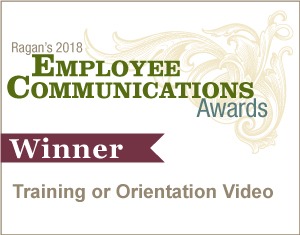