The Centers for Disease Control and Prevention (CDC) has a history of using social media effectively to heighten the public’s attention to a health issue. The Zika virus—spread by mosquitos and causing birth defects and Guillain-Barré syndrome—motivated the CDC to bring its social media expertise to bear again. The campaign that followed is the winner in the “Social Media Campaign” category of Ragan’s 2017 Health Care Marketing & PR Awards.

The CDC team set clear goals for amplifying the organization’s messages about Zika’s symptoms, risk areas and prevention methods in both English and Spanish. The team knew where the audience was—on Facebook and Twitter—and employed these channels to reach pregnant women and secondary audiences.

The CDC also produced a series of short videos—dubbed “Zap Zika”—and shared them across the CDC’s Facebook, Twitter and Instagram accounts. In addition to English and Spanish, the 11 videos were also made available in Haitian Creole.

To further spread the word, the CDC partnered with media outlets and social media influencers along with its usual partners. The campaign produced more than 6,800 messages to deliver information about prevention, updates on the outbreak and news of the CDC’s response.

The videos were published 92 times across the CDC’s social media accounts. The CDC joined or hosted 22 real-time events over an 11-month period. The results, including more than 680,000 views of the videos, speak to the campaign’s effectiveness. 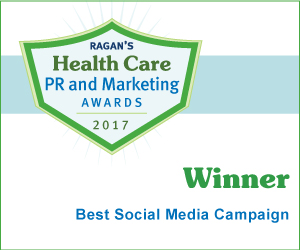