Citrix‘s Backstage Blog (intranet blog) is the key way to engage with company strategy and vision, and connect with the rest of the company—which makes sense, as it is the channel for reporting organizational news—but individual posts were getting less and less attention and engagement. The communications team set lofty goals to bring the blog back to life—and in doing so, took first place in the “Blog” category of Ragan’s 2017 Intranet Awards.

The decline in news engagement was particularly troubling because Citrix was going through a period of change and challenge: It had been attacked by an activist investor, the long-time CEO had left the organization, and Citrix had also spun off one of its businesses with 20 percent of its headcount.

The communications team’s key goal was to increase the number of employees who felt aligned to the culture along with the number of those who understood and bought into the organization’s new strategic direction. One way they sought to accomplish that was to reduce the number of articles to just five per week in recognition of the fact that employees were being overloaded with content.

Among those articles, 80 percent had to address culture, strategy or other key themes. The team also sought to increase engagement by an ambitious 25 percent. An email newsletter also underwent a redesign to better drive employees to Backstage Blog.

The effort paid off in a big way: Views increased more than 46 percent, likes by more than 60 percent and comments more than 94 percent. As for the improvement in employee alignment, the organization’s global employee survey measured a “42 percent year-over-year increase in employees believing that Citrix has clearly defined its long-term strategy to achieve its vision.”

The survey also recorded a big increase in the number of employees who believed the organization’s internal communications department kept them informed with relevant information. 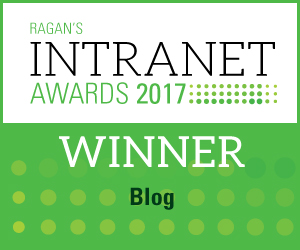