Choice Hotels associates participate in a biannual meeting that bucks the town hall trend. Rather than leaders making presentations to employees, the All Associates Meeting is a frontline event, by and for associates. The 2017 meeting has won first place in the “Employee Engagement” category of Ragan’s 2017 Intranet Awards.

In addition to boosting engagement on the intranet, the team also sought to raise the excitement level over the meeting while reinforcing Choice Hotels’ people-focused culture.
For the first time, the organization decided to select an emcee for the event from the employee ranks and opted to use the “Voice of Choice” section of its intranet to make the selection.

“Voice of Choice,” housed on a WordPress installation, was the delivery channel for a number of interactive tools employed in order to get people actively engaged. Three posts were at the core of the effort, beginning with an announcement of the “Choice Emcee” contest. Employees were encouraged to apply by submitting a video that showcased their emceeing skills.

Next came voting on three finalists; 661 associates cast their votes, more than half of the total headcount. This post also produced 52 comments, the most of any post ever on “Voice of Choice.”

Finally, the winner was announced; that post wound up attracting more views than any “Voice of Choice” post.

Overall views of “Voice of Choice” also soared. The organization found the competition so effective, it plans to use it again in 2018. 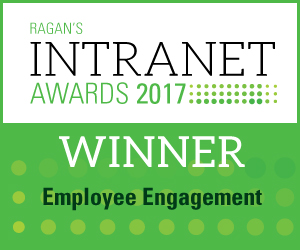