Five years ago, the Elizabeth Dole Foundation released a RAND Corporation study of the impact of assisting a loved one who had been disabled after military service, a task shared by 5.5 million Americans. Such caregiving is often a round-the-clock job, resulting in high rates of physical ailments, emotional stress, joblessness and financial and legal challenges for caregivers.

Based on these facts, the foundation expanded its mission to raise awareness of the challenges facing the children of military caregivers, a group that had been previously overlooked even within the veteran community. The foundation’s PR firm, Susan Davis International (SDI), suggested placing a first-person account in The New York Times’ “At War” section. The article that resulted has won first place in the “Article” category of PR Daily’s 2019 Nonprofit PR Awards program.

The focus was Liz Rotenberry, whose husband Chuck suffers from a traumatic brain injury and post-traumatic stress. To fill her caregiving role, Liz had to quit her job and become the primary parent to the couple’s four children while managing the household on her own.

Despite the impact on her own life, Liz’s primary concern is the effect caregiving has on their children’s lives and futures. The agency’s writers worked with Liz to determine how to describe life inside a home with her husband’s conditions and the impact it has on their children. They guided Liz on how to structure the resulting 1,500-word article to ensure key points were made and examples shared.

The article produced more than 200 comments on The New York Times website, along with social media messages, emails, texts and phone calls. 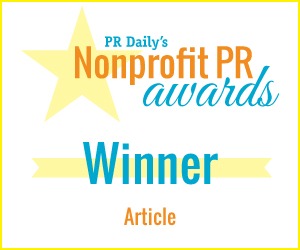