North Texas-based Children’s Health, the eighth-largest pediatric health care system in America, has been a partner in the Be the Match campaign for nearly 30 years, raising awareness about the need for bone marrow donors. However, it had never focused on the need to attract more ethnically diverse donors.

That changed earlier this year when Children’s Health found itself treating 20 patients who needed a life-saving transplant but could not find appropriate donor matches. The campaign to change that has earned first place in the “Media Relations Campaign” category of PR Daily’s Nonprofit PR Awards.

Three of the young patients were South Asian, four were Hispanic and 12 were African or African American; only one was white. Knowing something had to be done, Children’s Health set out to diversify its donor registry through an awareness-raising campaign focused on real stories of patients who could attract media attention.

The health care system sought to develop a virtual registry that would enable people to register simply by texting “childrens” to a text number. Once registered, they received a kit that resulted in their DNA being entered in the registry. The campaign also leaned on advocates, including a physician to conduct media interviews in both English and Spanish.

With National Donor Day on the horizon, the subject matter expert was identified and prepared; she, in turn, helped identify four ethnically diverse patients whose stories would anchor the campaign. A landing page was created and pitches were crafted.

These produced 35 placements, a 600% increase from previous years. Ten social media posts delivered more than 126,300 engagements. The virtual registry attracted 1,076 registrations, a 417% increase from 2018, 461 of whom were ethnically diverse. 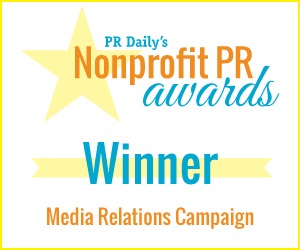