Macon, Georgia has produced some truly iconic names in the world of music—Otis Redding, the Allman Brothers Band, Little Richard and more. Although music lovers know these artists, few know they came from Macon. The Macon Musical Heritage video series from Visit Macon (the city’s tourism organization) aimed to change that. Its concept and execution, carried out by the O+B Paramore Agency, have won first place in the “Video” category of PR Daily’s Nonprofit PR Awards.

Rather than take the easy route, releasing videos featuring Macon-born artists, Visit Macon took an original approach, bringing two artists to Macon from out of town where they would not only perform but explore the city’s impact on their own idols’ musical journey.

The Macon Music Effect campaign focused on Vinne Paolizzi from Philadelphia (who was inspired by the Allman Brothers Band) and Jennie Parrot from Austin (for whom Otis Redding was an inspiration). The out-of-town artists were recorded playing on the same stages where their idols had performed, eating local food and walking the paths that were instrumental to their songs.

With a goal of making Macon a music tourism destination, the organization ensured each video featured each artist’s arrival (talking about how a Macon musician inspired them), experiencing the local sights and performing.

In addition to the videos, the team paid for a digital billboard in the Atlanta market along with a campaign via National Cine Media, where a 30-second video ran on 65 screens in five Atlanta theaters. The campaign had only just launched at the time of Visit Macon’s submission to this competition, but it’s off to a strong start.

Congratulations to the staff of O+B Paramore Agency, which handled the campaign duties. 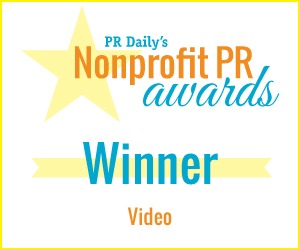