The de Beaumont Foundation creates and invests in solutions to improve the health of communities across the U.S. Although the foundation was launched in 1998, it didn’t reach its full endowment and begin hiring staff until 2004, and it didn’t establish a website until 2015. With the hiring of a full-time communicator in 2018, the needs of the site were identified—and there were a lot of them. Mark Miller’s efforts to overcome the challenges have earned first place in the “Website” category of PR Daily’s Nonprofit PR Awards.

Among the problems: The foundation’s mission, purpose and approach were not clear or consistent, and the list of past programs was incomplete and out of date. Dozens of posts written by the CEO were not included on the site. As the organization grew, the website also had numerous technical problems, including broken links and long load times.

With support from the foundation’s leadership and board, Miller, the first full-time communications professional, set out to rebuild the site to focus on the foundation’s newly refined mission, strategic priorities and graphic identity. He also sought to make it mobile-friendly, interactive and easy to use. He targeted the relaunch in conjunction with the new brand rollout.

Key to the approach Miller took was treating the site as the lead element of a broader communications strategy rather than as a separate, standalone website. In the first phase of the project, he worked with Creative Science to create a strategic plan that identified audiences, calls to action, and goals, while giving the existing site a facelift and improving its functionality. The second phase was the development and launch of an entirely new site, including simplifying the navigation, introducing a modern design, and updating, creating, and tagging content. A “Get Involved” section and resource library were added, and all internal and external links were updated.

As a result, average monthly traffic tripled, as did page views. The site is well-designed and consistent with the best practices of modern organizational sites. 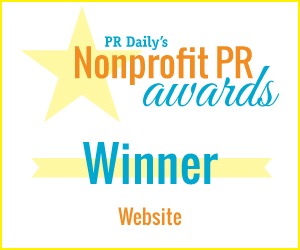