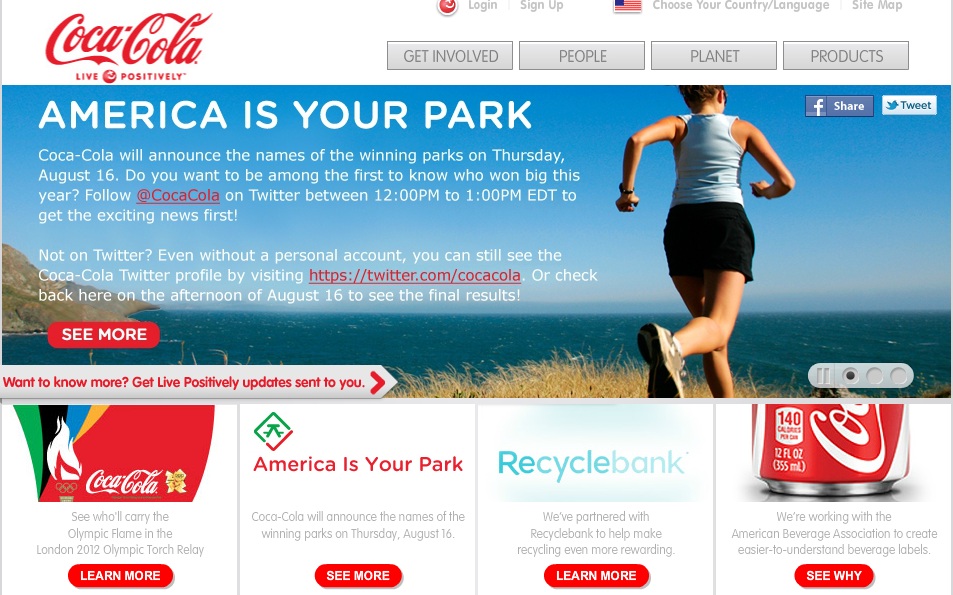 Many parks are in a state of decline. Coca-Cola wanted to do something to help restore those parks and reinforce its commitment to healthy, active living.

It teamed up with agency Allidura for its second annual “America is Your Park” campaign, which relied on the public to vote for their park to win the title of “America’s Favorite Park.” The top three vote-getting parks received $100,000, $50,000 and $25,000, respectively, to help restore a part of their parks.

For a campaign that relied on the participation of a busy and time-strapped public, it delivered. More than 13 million votes were cast, 38,000 park photos uploaded and more than 17,000 videos viewed online.

That effort won the honor of Best Community Relations Campaign in the 2012 PR Daily Awards.

This year, the campaign expanded the voting mechanism to include voting via LivePositively.com, “checking-in” via Facebook Places, and sharing photos on the campaign website.

Also giving it a big boost was actor Josh Duhamel, who voluntarily took to his Twitter and Facebook pages a dozen times.

Following his lead was TV talk show host Ellen DeGeneres, who encouraged her followers to vote for their favorite park. 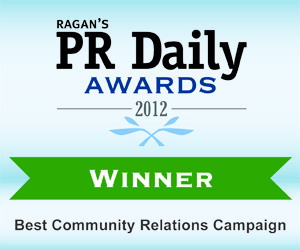