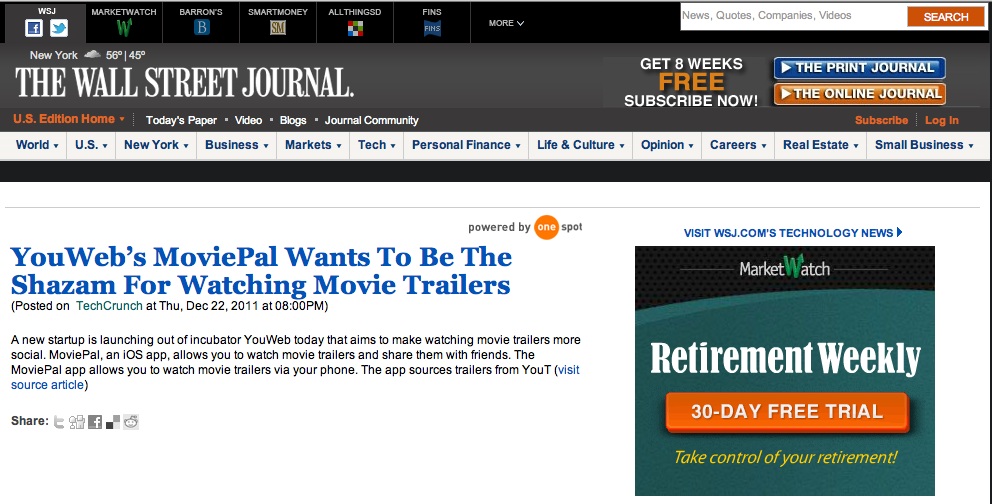 Ask a reporter when he or she last got an email pitch that was genuinely fun to read, and there’s a good chance the answer you’ll hear is, “Never.”

That is, unless that reporter happened to receive VSCpr’s pitch for mobile incubator YouWeb’s MoviePal app, which enables users to share movie trailers with friends. Rather than accost media representatives with hard-to-understand technical specifications or bore them with boilerplate language, VSCpr opened its pitch with an impression.

That sounds like it would be hard to do in an email, but writer Olivia Gallion pulled it off. After noting she was speaking “In my best movie trailer voice” in parentheses, she wrote this:

“In a world where film trailers are a $5B industry, one startup is going back to the industry’s roots, making movies an activity you share and experience with friends.”

A few paragraphs later, Gallion described the app in terms that people who know apps could understand, as “Shazam plus Instapaper for movie trailers.”

That sense of real fun mixed with useful information about the app’s usefulness made the email a real attention grabber, and it’s the reason VSCpr is the winner of the 2012 PR Daily Award for Best Email Pitch.

Among the news outlets whose attention the email grabbed were TechCrunch, VentureBeat, Forbes and The Wall Street Journal. 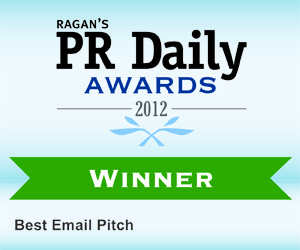