MSLGROUP realized that the Singapore Tourism Board (STB) was facing a challenge that many other cities hoping for more tourism face: People are less interested in using travel agencies to book travel. The shift toward social encourages more people to rely on word of mouth, search engines and friends’ recommendations.

STB knew that to compete with other destination cities, it would have to change the way it appealed to its market. Group-travel oriented marketing was out; tapping the “social heartbeat” of potential travelers was in.

To achieve its goals, STB worked with MSLGROUP to help label Singapore as a vacation hotspot rather than a stopover city. Their goals included:

The agency began by striving to deeply understand its target market through surveys, focus groups and research. Drawing upon the results of the research, the agency then created a powerful social media campaign.

The six-month campaign, dubbed “Transformed Singapore,” focused on the three elements that were found to be the most important to Chinese tourists looking for their next vacation spot: glamour, relaxation and fun.

To create the “Your Singapore” experience STB hoped to foster in travelers, MSLGROUP began by encouraging people online to interact with official Singapore Ambassador Stephanie Sun on China’s equivalent of Twitter, Sina Weibo. The agency made the campaign interactive, asking users to share transformation stories and aspirations, and offering winners the chance to meet Sun.

During the second stage, MSLGROUP further involved celebrities and online influencers to draw people to attractions, experiences and tourism hotspots. The agency also used user-generated content, asking its core target audience to design their own travel plans and upload Singapore shopping experiences and travelogues to www.yoursingapore.com.

MSLGROUP and STB collected testimonials during each phase of the campaign and compiled them into a book that was shared with influencers, visitors and traditional media outlets as a PR outreach effort. This endeavor was so popular that an iPhone app was created to showcase user-generated content in the form of a travel guidebook.

The campaign ultimately drove a record-breaking 1.1 million Chinese tourists to Singapore by the end of 2010. Eighty percent of STB social media fans expressed positive awareness of the revamped brand, and social media assets and offline traditional activity goals were more than achieved in the form of 12 million online impressions, 437,000-plus online interactions, 180,000-plus social media fans, and 86 articles across leading national, regional and lifestyle media, to name a few documented successes of the campaign. It also won STB and MSLGROUP the top honor of Best Social Media Campaign in the 2012 PR Daily Awards. 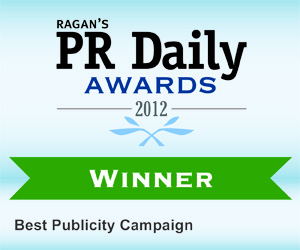