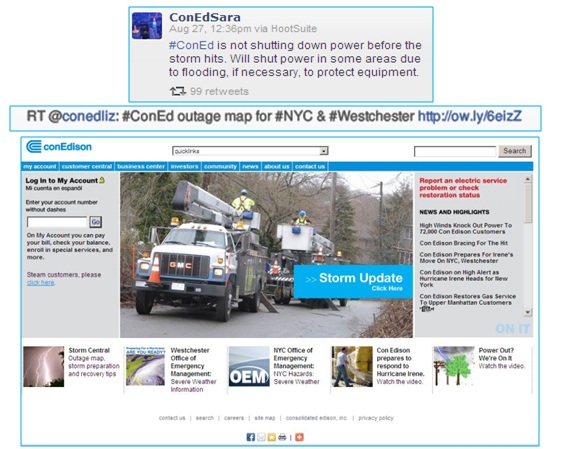 What do you do when more than 200,000 of your customers are without power during Hurricane Irene, and it’s your company’s responsibility to not only bring it back, but keep your customers in the know?

Con Edison’s use of social media during the worst storm of the company’s history earned it top honors in the Best Use of Social Media in a Crisis category in the 2012 PR Daily Awards.

When the hurricane hit, Con Edison not only had to bring the power back, but maintain credibility with its customers. To do this, it provided customers with timely and accurate information throughout the storm via social media—primarily Twitter and YouTube.

Before, during and after the storm, Con Edison used Twitter to curtail rumors and correct false information that made its way around the Web. Employees manning Twitter gave customers the same messages the company gave to traditional media, but with a more personal touch. Con Edison’s continuous engagement on Twitter provided the company with close to 300 new followers in a matter of hours.

Con Edison also relied on YouTube. The company created a series of videos to show customers how to prepare for the storm, the extent of the storm’s damage, and the company’s progress in restoring power. A video detailing how Con Edison prepped for Irene became the third-most popular video on the company’s YouTube channel. 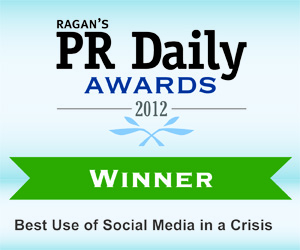