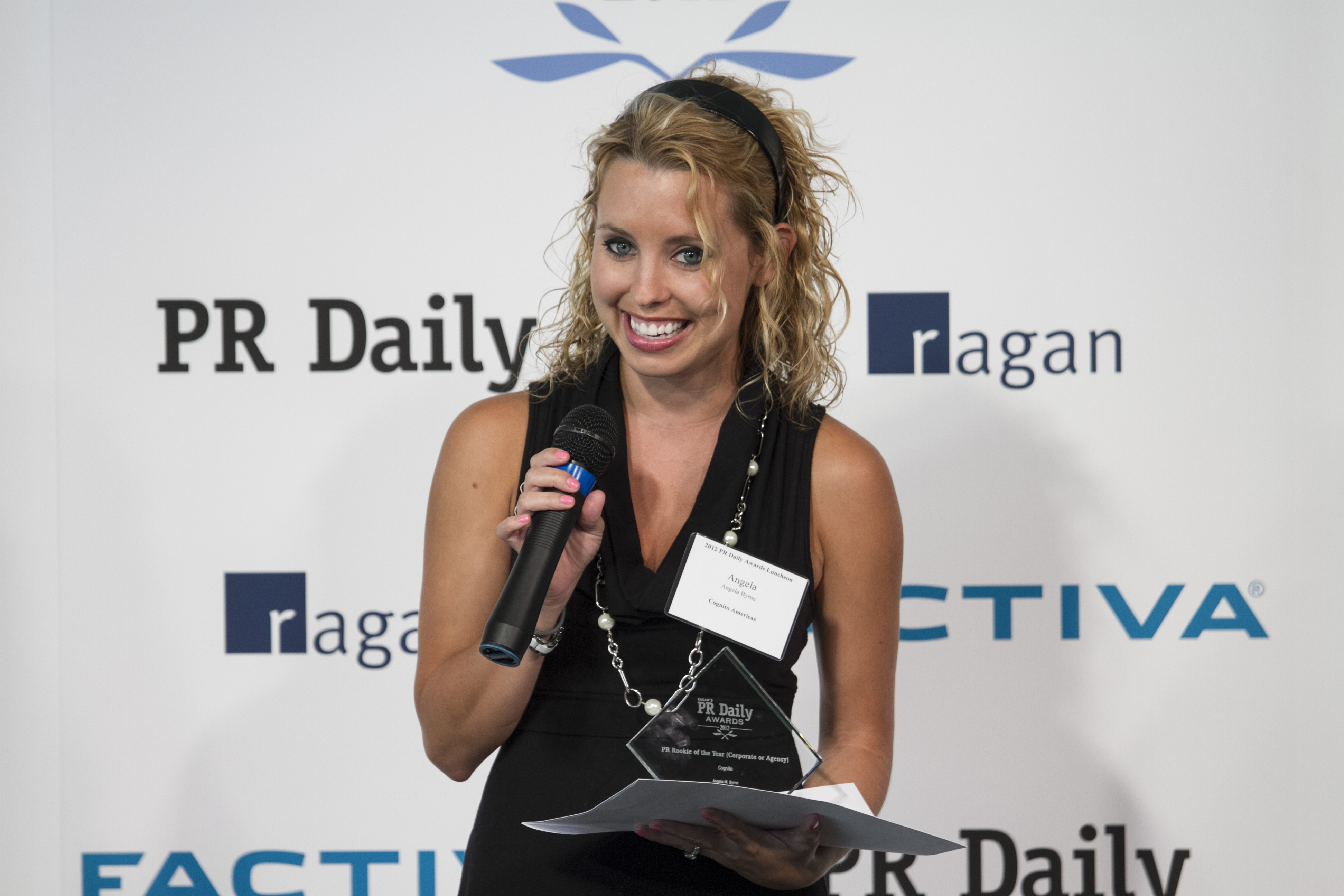 But for Angela M. Byrne, who joined a communications firm in the financial services sector, these are topics she thrives in—even though she’s only worked at the firm for a little more than a year and had no previous experience in the financial sector or PR.

“It’s hard for anyone at the firm to remember what life was like before her,” says Oksana Poltavets, who works at Cognito and submitted her application. “Admittedly, she did not have a lot of PR experience, but Angela’s unwavering hunger to learn about the industry and succeed for her clients has catapulted her to the top of the firm.”

We honor Byrne with being named PR Rookie of the Year (Corporate or Agency) in this year’s PR Daily Awards.

During her time at Cognito, she’s managed more than 19 clients and has already been promoted, Poltavets says. When Byrne first joined, Poltavets said she had about “five minutes” to familiarize herself with some of the clients, but the complicated financial and technical nature of the industry didn’t deter her.

“Angela pitched and secured press opportunities for key clients with top-tier publications, such as Bloomberg, Reuters and The Wall Street Journal,” Poltavets says. “She drafts countless thought leadership articles on complex issues such as the Dodd-Frank Act with the eloquence of someone who has been in the market for decades.”

But it’s not just Poltavets who praises Byrne. It’s her clients, too.

“In working with Angela, I found her to exude professionalism and integrity in her role,” a client says. “She has a personable nature and is well-organized and disciplined with getting tasks done. She contributed ideas in meetings and was extremely responsive to anything asked of her.”

Byrne also plays an active role in her community.

“She co-heads the philanthropy project at Cognito, working pro bono for the American Cancer Society’s (ACS) annual financial services gala,” Poltavets says. “Last year, Angela went above and beyond for this client, conducting local publicity and media relations, developing increased donor relations and developing advertisements featured in a national newspaper and positioning statements for the organization. A total of $1.6 million was raised, breaking previous ACS records for this event.”

Poltavets describes Byrne not only as a star employee, but a “perfect co-worker,” who can always spot someone in distress and is willing to offer a sympathetic ear, along with encouraging people to get together after work.

“She has the ability to elevate those around her and to motivate everyone to do their best,” Poltavets says.

Oh, and one more thing: She came up with the idea to have exercise balls in the office replace the chairs. The team took her up on it.

Angela M. Byrne, we believe that receiving this award is just the beginning for you and your PR career. Congratulations! 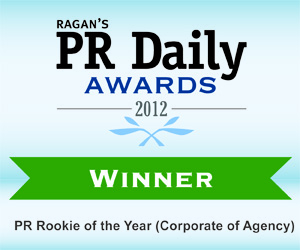