An annual event to commemorate friends, family, and colleagues lost in the Sept. 11, 2001, attack on the World Trade Center raised about $12 million for charity this year and earned Cantor Fitzgerald and its affiliate BGC Partners top honors in the Best Cause-Related Marketing category of Ragan’s 2013 PR Daily Awards.

The global financial services firm says the success of its Charity Day and the number of charitable organizations helped increase every year, with $89 million raised in more than eight years.

The event draws upon support from employees, clients, charities, celebrities, media, and the public to raise funds for charities—more than 130 this year.

If $12 million raised in a single day to benefit 130 charities isn’t enough to impress you, take a look at some of these names and numbers: 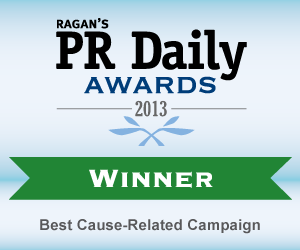