Sometimes an email campaign comes about as the result of focus groups, drafts and rewrites, compiling of massive mailing lists…

The winning entry for the Best Email Pitch category in Ragan’s 2013 PR Daily Awards is unusual.

The “campaign” was impromptu, and the email went to just one recipient. Most unusual of all, perhaps, was the subject line: Turd reduction.

The sewer district’s public information specialist, Jean Chapman, was listening, and when Alan Cox used the phrase “turd reduction” in referencing the effort to cut bacteria levels, she chuckled. She also got an idea.

Chapman pieced together statistics and a program overview outlining its infrastructure projects, as well as clearing up some misconceptions. Cox replied directly to Chapman’s email, seeking details and asking about the district’s @wallywaterdrop Twitter stream. They talked and cleared up some confusion about the anti-pollution work.

The June 28 show kicked off the 5 p.m. hour referencing Chapman’s email and the “turd reduction” issue, talked about (and tweeted with) @wallywaterdrop, and read from the district’s blog.

From one email, a few blog posts, and some tweets—all at virtually no cost—the district secured nearly a half-hour of FM drive-time air, along with heightened awareness of its endeavors.

That sure beats turning life’s lemons into lemonade.

Congratulations to Chapman and her colleagues for catching PR lightning in a bottle. 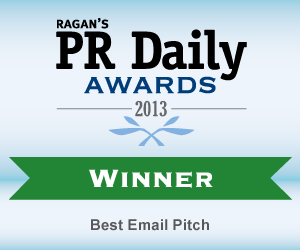