In the last ten years, millions of mobile apps have been created by companies and individuals around the world. This tidal wave of creativity shows no signs of ebbing—on the contrary, the pace of invention has quickened. How does an app marketer get noticed in this gigantic global rush to market?

If you’re the marketing firm appsasia, the answer is simple: Forge an alliance with a powerful Korean telecommunications association.

The association wanted appsasia to seek out 25 apps, market them over four months, and on a limited budget, help the app developers become profitable and internationally known.

The company chose 15 games and 10 utilities out of 128 entries and promoted then with about $6,300 each in marketing from January to April 2012. The campaigns included improved copy on the apps’ iTunes App Store pages and improved screenshots. Banner ads, Facebook, blogger outreach, emails and communication via forums were all part of the mix, too. All the apps were translated into English and one other language as well.

The apps grabbed people’s attention. Reviews popped up on the TouchArcade site, in The Guardian, Pocket Gamer and other sites. 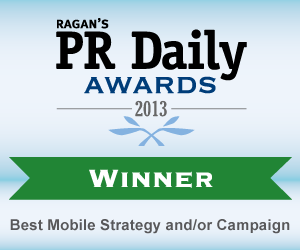