There used to be a time when airline travel was fun.

To get people excited about traveling again, as well as give customers a warm, happy feeling when they think about DoubleTree hotels, Ketchum, along with DoubleTree’s other marketing agency partners, launched the “Little Things” campaign. The project’s goal was to highlight and provide the little things that make travel easier and more enjoyable, and thus increase hotel sales.

For its work developing and executing the “Little Things” project, Ketchum and DoubleTree by Hilton earned first place in the Best Publicity Campaign category of the 2013 PR Daily Awards.

Fans of DoubleTree submitted ideas for the little things they thought would make travel more enjoyable on the brand’s social media sites. Some of the suggestions included deals for local attractions, free Wi-Fi, and chocolate chip cookies.

The team then organized a launch event in New York City with NBC’s “Today Show,” and from May through November, sent cars to select U.S. cities to fulfill requests that lucky tweeters submitted on Twitter with the #LittleThings hashtag. Some of these requests included a lobster dinner, pizza party, and ice cream.

The campaign was far from a little success—DoubleTree sales increased by more than 10 percent, and the number of Facebook and Twitter followers increased by 16 percent and 20 percent, respectively. 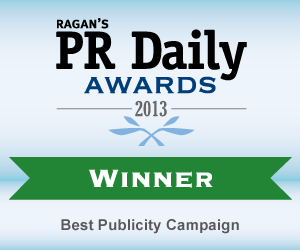