Rates of screening for colorectal cancer (one of only two types of cancer preventable by screening) have been declining among men in the African-American community. Cigna sought to reach this population with a strategy to draw media to a barbershop—an approach that not only succeeded but earned first place in the “Press Event or Media Tour” category of the 2016 PR Daily Awards.

The effort supported HAIR—Health Advocates in Research—in spreading the message via barbershops in Maryland and Washington, D.C. The project, led by the University of Maryland Public Health Department’s Maryland Center for Health Equity, chose Christopher’s Grooming Lounge as the first Washington barbershop to participate.

Cigna health spokespersons, along with representatives of other participants, were on site with eight reporters—who were encouraged to get a haircut on Cigna’s dime to experience the intervention first-hand. A local NBC news anchor took Cigna up on the haircut offer and reported from the customer’s point of view. 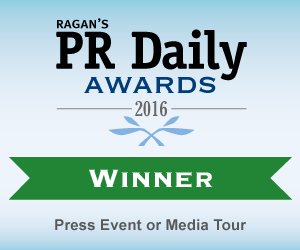