The National Basketball Association’s D League is its equivalent of baseball’s minor leagues; the “D” stands for “Development.” As part of a partnership with Gatorade, the NBA rebranded the league as the NBA Gatorade League (or G League). Its efforts have earned Gatorade and its agency FleishmanHillard first place in the “Branding Campaign” category of Ragan’s 2017 PR Daily Awards.

The first-of-its-kind partnership led Gatorade and FleishmanHillard to showcase the capabilities of the Gatorade Sports Science Institute by bringing G League star Damien Wilkins to the GSSI lab and assess his specific “fueling needs” by putting him through a complete scientific protocol.

One Tree Films produced a video of Williams, a Greensboro Swarm player, undergoing testing, coupled with voiceovers of a Gatorade executive and an NBA deputy commissioner. FleishmanHillard made the video available to the news media and secured exclusive coverage with The Associated Press, Fast Company, Sports Business Daily, Sports Illustrated and USA Today. Journalists contacted got game balls, team jerseys and other swag that featured the new logo. Sportswriters and content creators visited the lab for a daylong immersive experience.

The campaign produced more than 945 media placements, translating into 1.6 billion earned media impressions. Sentiment was 100 percent positive to neutral; 67 percent of placements mentioned the Institute and 16 percent featured the launch video, which was viewed more than 48,000 times on YouTube.

Congrats to Gatorade, FleishmanHillard and One Tree Films for an outstanding brand campaign. 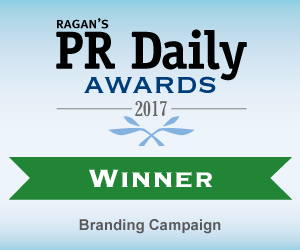