Iconic guitar manufacturer Fender found that 90 percent of first-time guitar players abandon the instrument within a year—and many within 90 days. First-timers also spend four times as much on lessons as they do on guitars. To reverse the trend and get people playing and spending more on new guitars, Fender developed an online subscription-based learning app for new acoustic and electric guitar players. Raising awareness of the app has won Fender first place in the “Education Campaign” category of Ragan’s 2017 PR Daily Awards.

The PR campaign sought to create awareness of the platform, making sure people knew that the Fender curriculum was better than alternatives (such as how-to videos on YouTube), as well as engaging new players (and re-engaging those who had already given up) and generating buzz while reinforcing Fender’s reputation.

Research came first: Fender and Azione PR studied guitar purchase patterns, competitor products and media. The results led the team to bring expert instructors to events and make them available for interviews, use social media for storytelling, tap into existing YouTube videos to convey how low-quality that level of instruction is and emphasize Fender’s education techniques for those who buy guitars as gifts, focusing on the benefits of the app.

A launch event was well attended. A teaser video was released, featuring guitar gods talking about their early days learning the instrument as well as interviews and a host of other techniques. The campaign drove over 175 print, online and broadcast features (80 of which came in the week following the launch). Other metrics were equally impressive. 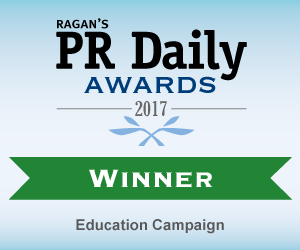