Millennials, we’re often told, don’t want to be homeowners. The demographic, however, actually represents the biggest market of potential first-time home buyers, leading Bank of America to find a way to position itself as the lender of choice for the generation. Its efforts have earned it first place in the “Finance or Utility Campaign” category of Ragan’s 2017 PR Daily Awards.

It would be a tough sell. During the mortgage crisis, Bank of America had been largely quiet and reactive. Once home ownership became desirable again, BofA jumped back into the game—then retreated during a dip. As the market became favorable again in 2017, the bank wanted to relaunch its campaign to millennials who are burdened with student loans and insecure about mortgages, having seen their parents’ struggles.

The campaign’s goal focused on positioning BofA as a credible, responsible mortgage lender. The bank’s agency, Burson-Marstellar, used research as the foundation of the campaign, which focused on getting better media coverage and positioning executives as leaders in the business. The agency dug into competitor research, the prior year’s Homebuyer Insights Report and a gap analysis of key audiences. They also studied the effectiveness of media coverage in 2016 and decided a new research project was in order.

The study would explore three aspects of homebuying attitudes and behaviors: triggers during peak homebuying season, the knowledge gap around home equity and home improvement during summertime, and family priorities for the fall. The research results led to the deployment of a wide range of assets based on storylines with seasonal themes.

The information was shared in a variety of ways in a number of venues, from meetings with clients to media pitches. The campaign led to 140 media placements in Money, Refinery29, Fortune, The Washington Post, CNBC, and other top-tier outlets, with BofA spokespeople quoted in an amazing 86 percent of all coverage (nearly 30 percent more than in prior-year coverage). 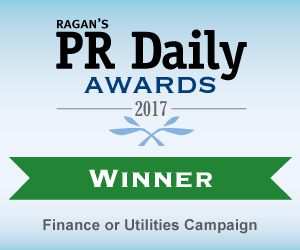