Even those who aren’t big “Star Trek” fans have heard of the tricorder. The fictional technology even has its own Wikipedia listing: It’s “a multifunction hand-held device used for sensor scanning, data analysis, and recording data” (three functions, hence the “tri” in the name). XPRIZE, a nonprofit global leader in incentivized prize competitions, joined with the Qualcomm Foundation to offer a $10 million prize to a team that could meet benchmark criteria for a working tricorder. A post-prize program for the competition has taken first place in the “Press Event or Media Tour” category of Ragan’s 2017 PR Daily Awards.

Nobody has yet to design a working tricorder, but the achievements of the teams that tried were remarkable in their own right. In 2017 two brothers from Paili, Pennsylvania, were awarded $2.6 million for their attempt, and a Taiwan-based team led by a Harvard Medical School associate professor came in second, earning $1 million. For the first time ever, XPRIZE and Qualcomm announced a post-prize program so the winning teams could accelerate testing and commercialization of their tricorders, funded by the money left over in the prize purse.

The campaign to generate interest in the competition aimed to grab the attention of multiple audiences, from innovators and inventors to the investment community, from the medical technology industry to media and bloggers. The effort included educating the media about the complexity of tricorder devices. Spreading the word included a NASDAQ opening bell ceremony and an award ceremony. Interest in the competition was high based on the “Star Trek” connection. 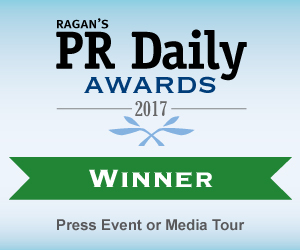