Walmart is a natural venue for prepaid mobile phone sales, one that Verizon has taken advantage of for years. Yet a crowded marketplace and increased competition had eaten into those sales. The campaign Verizon devised to win back its share of cross-cultural value consumers has won first place in the “Technology Campaign” category of Ragan’s 2017 PR Daily Awards.

Verizon teamed up with hip-hop label 300 Entertainment, music mogul Kevin Liles and record producer London On Da Track to present the #freestyle50 challenge, which offered aspiring artists the chance to win a single record deal, $10,000 and a spot on the 300 Artist Development Tour. The campaign consisted of a teaser, a launch event (with more than 750 attendees and performances by marquee hip-hop superstars), a call for entries, regional competitions and a national finals event and post-event outreach.

The competition attracted more than 30,000 entries and delivered more than 1 billion organic social media impressions, more than doubling the year-over-year volume of conversation. Media outreach paid off too, with 121 media placements that included Billboard, BET Music and the Chicago Tribune. The proof of the its success, though, is that Walmart sales of the prepaid plan (8GB for $50) outpaced national sales by as much as 7.6 percent in the five cities targeted by the campaign (Los Angeles, Atlanta, Chicago, Houston and New Orleans). 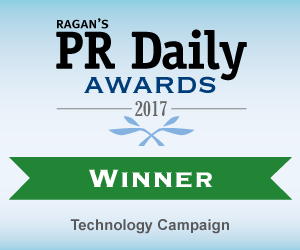