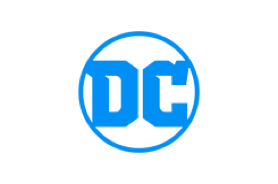 DC’s celebration for the 80th anniversary of their legendary Super Hero Batman was a yearlong campaign that crescendoed with a mind-boggling stunt. 13 markets across the globe would display the fictional symbol Gotham City Police Commissioner James Gordon lit up whenever he needed Batman’s help on Batman Day. This fan-first activation has won the top prize in the “Publicity Stunt” category of the PR Daily Awards.

To support the effort, the 80th anniversary website was decked out for Batman Day, and pre-event communications were distributed to make sure the word got out on a cluttered news day (the Emmys were being presented, among other things). The Bat-Signal turned on like clockwork at 8 p.m. local time in each of the 13 worldwide markets.

Fans could follow the festivities using an interactive Batman Bat-Tracker, which displayed the real-time projections. That same day, the new Batman comic book series talent team was introduced at a standing-room-only panel in New York City.

Congratulations to the DC publicity team!