Agencies have to market themselves, making prospective clients aware that they exist and can address client needs. As 2017 was drawing to a close, B2B-focused tech and health care PR/marketing agency PAN Communications sought input from chief marketing officers about where B2B marketers should focus their efforts in 2018. Its efforts have won first place in the “Community Engagement” category of PR Daily’s 2018 Digital PR & Social Media Awards.

PAN’s outreach led to input from 11 CMOs, including seven of PAN’s clients. The CMOs represented organizations including Heinz Marketing, SAP and Bazaarvoice. Those 11 CMOs had a combined following of nearly 250,000 followers on Twitter alone.

The organizations for which they worked also tweeted their CMOs’ involvement in the collection of predictions, including 101 retweets from one organization’s tweet. The campaign led to a 175 percent increase in mentions of PAN on social media, along with more than 1.4 million impressions for the launch of the campaign.

The PAN blog post about the predictions was one of the top-performing posts for all of 2017, increasing traffic by 231.5 percent compared to the average. Four publications reported on the CMO predictions; combined, they represented more than 1.6 million unique visitors per month. Not bad for a campaign in which absolutely no hard cash was invested.

Congratulations to the team at PAN. 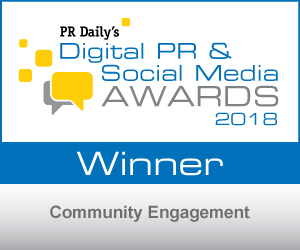