You might be surprised to learn that Hispanic children (mostly 4–8 years old) are more likely to be unrestrained or improperly restrained in a vehicle, resulting in an outsized number of deaths and injuries in that demographic. Nissan has long been an advocate for having parents buckle up their kids, but decided to take special, targeted action to address the challenge in the Hispanic community. That effort has won first place in the “Digital Product or Service Launch” category of PR Daily’s 2018 Digital PR & Social Media Awards.

The program developed by Nissan and The Allen Lewis Agency focused on Hispanic mommy bloggers who were already part of the Bloggin’ Mamas network, managed by Heather Lopez. She helped identify influential Hispanic mommy bloggers in each of three cities with large Hispanic populations selected for an event, “Nissan Presents the Bloggin’ Mamas Safety Academy.”

At the Safety Academy in each city, at least 30 moms got materials, saw presentations, had a catered lunch, listened to a Hispanic DJ and networked with each other. They also participated in a ride-and-drive, and door prizes were awarded (including new child safety seats, which served as the grand prize).

Guests were encouraged to post during the event with the hashtags #NissanMamas, #NissanDiversity, and #NissanEspañol. After the event, Nissan sent participants a link to a recap video. The metrics for the effort include millions of impressions from each city where the event was held.

Congratulations to Nissan and The Allen Lewis Agency. 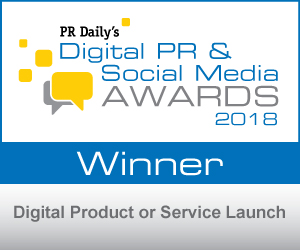