The Twitter strategy in 2016 involved the possibility of an attendee’s tweet being scripted in the sky via skywriting. For 2017, the campaign was crafted to achieve four objectives: build buzz in advance of the event, bridge the in-person experience gap, encourage on-site conversation and enrich the event experience.

The campaign targets on-site and online attendees as well as tech press and other influencers. Blog posts by Cisco Live attendees give Twitter users extra content to tweet about; many were further motivated when Twitter was used to collect questions for the CEO and by the opportunity to get a personalized digital photo from Bruno Mars (who performed at the event).

Recognition efforts and other well-conceived tactics led to a long list of results, including 91,300 Twitter mentions, close to 1 billion impressions and more than $1 million in “tracked revenue” (a metric reflecting the monetary value of an on-site event).

Congratulations to Kathleen Mudge and the other Cisco communicators who worked on the effort. 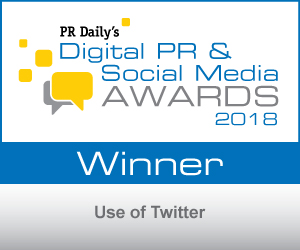