One of the largest apartment management companies in the U.S., Pinnacle had stuck with the marketing channels that had gotten them where they were: print ads and mailers. Searches for apartments had moved mostly online, though, elevating the importance of maintaining an active presence across the web. For guiding Pinnacle into the world of digital marketing and producing exceptional results, LOCALiQ has won first place in the “Digital Marketing Campaign” category of PR Daily’s 2019 Digital Marketing & Social Media Awards.

Employing geofencing, LOCALiQ was able to drive awareness of Pinnacle and target prospects while they were using apps on their smartphones. The geofencing effort targeted locations near Pinnacle apartments, heightening the location’s desirability and making it easy for prospects to swing by and take a look. The web retargeting effort kept Pinnacle visible to prospects during their search for a new place to live, a tactic that led to an increase in the number of leases signed.

Facebook was another channel that produced conversions and engagement, with LOCALiQ using targeting to ensure people seeking apartments saw the Facebook ads.

The campaign did precisely what it was supposed to: Generate higher revenue, increased occupancy and more signed leases. Pinnacle attributes up to 60% of its traffic and 50% of its signed leases to the work done by LOCALiQ, which ran the gamut from social media marketing and SEO to live chat, a client tracker and social ads.

Congratulations to the team at LOCALiQ. 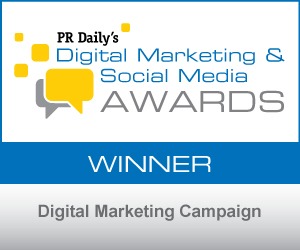