Lists attract attention. Working on behalf of Tel Aviv-based Coronet, a provider of data breach protection for companies using the cloud, agency ARPR recommended developing a list based on the vast amounts of device and network threat data the company collected. For a PR effort that propelled the list into the consciousness of Coronet’s target audience, ARPR has won first place in the “PR Campaign” category of PR Daily’s 2019 Digital Marketing & Social Media Awards.

The list alone would have attracted attention, but ARPR knew additional depth was needed, leading it to learn more about why cities ranked where they did. For example, ARPR learned that Orlando’s ranking as one of the most insecure cities resulted from an aging population that didn’t routinely update the operating systems on their devices.

ARPR engaged industry analysts in an email campaign and launched a LinkedIn sponsored content campaign with the aim of generating leads for Coronet. Traditional PR efforts returned more than 100 media placements (as well as strong local coverage), and the social campaign drove 2,255% more traffic from LinkedIn to Coronet’s website than the previous month. 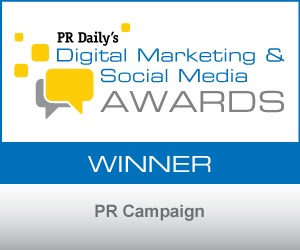