The Nobel Committee does not signal who will win its annual awards, but MD Anderson Cancer Center knew that Dr. Jim Allison was a candidate for the 2018 prize in Physiology or Medicine. For preparing a comprehensive social media campaign just in case Dr. Allison won, MD Anderson Cancer Center has earned the first-place prize for the “Social Media Campaign” category in PR Daily’s 2019 Digital Marketing & Social Media Awards.

Dr. Allison had already been honored with every other major scientific award, and his name had been floated as a contender for the previous few years. Working with a multidisciplinary team from PR, marketing, internal communications and digital fundraising, the social media team coordinated messaging, photos and graphics in advance of the announcement with the goals of recognizing Dr. Allison’s achievement, highlighting MD Anderson’s reputation as a leading cancer center, raising awareness about immunotherapy and reaching those engaged in conversations or seeking information about Dr. Allison, immunotherapy or MD Anderson.

The campaign began immediately after the announcement that Dr. Allison (along with one other researcher) had won the prize and continued for a week. The team had already created a landing page where visitors could learn more; it was the link shared in MD Anderson’s social media posts. Concurrent with a press release, the social media campaign kicked into gear with news posted across social channels, supported by a small ad buy.

A geofilter on Snapchat was introduced at MD Anderson’s Texas Medical Center Campus and its other four locations in Houston. Other techniques included video, animation (explaining how immunotherapy works) and a blog post. Social channels also reported on a media event and internal celebrations. The team monitored social media and responded to every question and comment.

The results include more than 35,000 page visits to the microsite, 100,000 Facebook engagements, 31,000 Twitter engagements, 4,000 LinkedIn interactions and 76,000 video views, among other impressive metrics—all during Nobel Week alone.

Congratulations to the Integrated Media and Video Services team at MD Anderson. 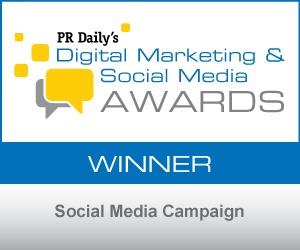