Maybe it’s the stirring sounds of the girls’ chorus. Maybe it’s the heartfelt interviews in which chorus members express what singing has meant to them and how it has changed their lives. Maybe it’s the way the interviews, the footage, and the music are artfully combined. Maybe, though, it’s all of the above that earned Sing Out Loud’s “Some Girls Were Born to Sing” first place in the  “Charitable or Nonprofit Video” category of PR Daily’s 2016 Video Awards.

Sing Out Loud is a community “for young women to share musical excellence, build confidence, and gain perspective about the world through the gift of music.” The Bella Voce Young Women’s Choir (grades 9-12), Bella Fiore (grades 6-8), and the Bellettes (grades 1-5) are the choirs assembled by the organization, and draws from 15 different cities.

The film and new website was created to honor the organization’s tenth anniversary and create wider community awareness to recruit new singer families, sponsors and media. The film drove 8,000 unique visits to Sing Out Loud’s website (which usually gets fewer than 800 visits) and reached nearly 9,000 impressions on Facebook. The film has been a great tool to help tell the wider Bella story and has resulted in attracting wide media attention in the form of front page articles and feature television and radio stories.

One result: For the first time in its history the organization has a waiting list for new recruits for the Bella Voce Young Women’s Choir and was able to attract 25 new singers across the choirs. The film and refreshed website launched just before the May 2016 Spring Concert that resulted in a complete sell out for two concerts in addition to reaching overall sponsorship goals for the year. 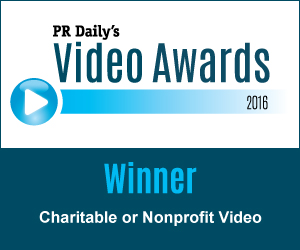