Health First, a community health care system located in Melbourne, Florida, got a letter from Kathy Taylor. Taylor’s son, a heroin addict, had died of heart failure at a Health First hospital in October 15. Taylor wrote to thank the nurses who had helped her son. A video using the letter’s words has won first place for “Best Overall Video” in PR Daily’s 2017 Video and Visual Awards.

The first idea was to read the letter at a leadership meeting, but it was so powerful that the marketing and communications team decided to take it to another level. The team contracted with an actress to read the letter, which was used as narration over a montage of photos of Health First nurses from throughout the system.

The result is a powerful, gripping video whose results surpass the most ambitious hospital videos, generating more than 860,000 views on YouTube. It was shared on Facebook more than 24,000 times (the team had set a goal of 500 shares). The news media reported on the video. The team also distributed DVD copies to every nurse in the system and created a website, www.HFnurses.org, to honor them.

Combined with a voice that grabs you, the video achieves more than many videos produced with larger budgets and bigger built-in audiences. 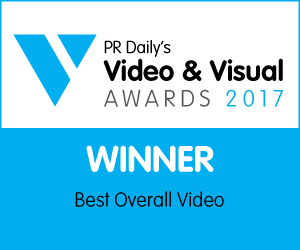